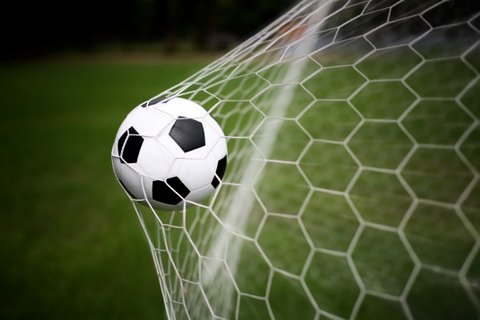 With the end of the football season just around the corner, some footballers will be thinking seriously about retirement. Perhaps their contract is not going to be renewed, age is catching up with them or they just know that the time is right to hang up their boots for good.

Retirement from sport is challenging and even the most successful can struggle. David Beckham, whilst appearing to have slipped effortlessly into life after football in 2013, admitted in an interview on BBC’s Desert Island Discs earlier this year that he had also had doubts about the transition.

So how can you assist former athletes during this difficult time? A brand-new approach, grounded in neuroscience and psychology, is being used to help professional footballers, ice hockey players and other athletes move on to life after sport.

The SCOAP approach is usually applied to train business executives but I have incorporated its principles into my coaching programme to help sports stars avoid the end of the game blues. It is built on five basic human needs, which have to be fulfilled in order for a person to perform well and be emotionally fulfilled. They are: Self-esteem, Control, Orientation, Attachment and Pleasure. If an athlete or sportsperson fulfills these needs, his or her move into life after sports becomes much easier.

One of the reasons David Beckham’s transition was smoother than some of his counterparts is because the five SCOAP needs had been met.

TIPS for retiring athletes (or anyone facing retirement!) using the SCOAP approach:

The first basic need of every retiring athlete is self-esteem, a sense of self-worth, value and appreciation, recognition and status.

For many athletes, self-esteem is closely linked to being an athlete or sports star. So, when they hang up their boots for the last time, everything that made them feel good about themselves disappears overnight.

Beckham’s self-esteem was never limited to what he did on the field. He soon became known for his other pursuits such as modeling, being ambassador to various global companies, as well as being a UNICEF Goodwill Ambassador and for his role as a family man.

Start looking long before retirement for other ways to boost your self-esteem. Don’t only rely on sport. Learn more about yourself and appreciate your strengths outside of sport to gain a balanced view of yourself.

The second basic need is control.

We all want to feel that we have some degree of control over our lives and the ability to make our own free choices. If you’re forced to retire because of injury or age, you don’t have any control over that decision.

Beckham retired when he was at the top of the game, having just won the French league. It was his decision – even though he’s admitted that it hadn’t been an easy one.

Don’t leave it all to fate. Accept that you will have to retire at some point and start planning now. It will give you a sense of direction and control when you leave. In fact, it has been shown that planning for career after sport actually improves your athletic performance.

When you retire as an athlete, you could end up feeling like you’ve lost your family – you’ve literally been kicked out of the locker room from one day to the next. Fans who once begged you for signatures, now don’t give you a second glance. Many athletes end up feeling lost and lonely.

How did Beckham fulfill his need for orientation? As a family man and UNICEF Ambassador he seems to have always had a good sense of how he could contribute and use his skills and former celeb status to connect him to the world.

Know what you want in life, your values and how you fit into the wider scheme of things. Seek new meaningful experiences.

As an athlete you’re connected to your team, your fans – you’re never alone. There is a real sense of ‘belonging’. However, when you retire – you’re no longer part of this group and unless you have a very supportive family and circle of friends, you’re likely to experience a real void.

Beckham has a supportive family and a wide circle of friends, who are not limited to the football world. Even though he admits to having felt the void, the blow would have been cushioned. Surround yourself with the right people and don’t rely on hangers-on and teammates to ensure that you don’t find yourself out on a limb.

For many athletes nothing compares with that feeling of crossing the finishing line or scoring the winning goal.

And perhaps nothing ever will.

However, if you actively pursue other hobbies and interests from early on in your sports career, you’ve got a much better chance of finding pleasure again.

Also, accepting that you don’t have to stop practicing your choice of sport just because you’re forced to quit competing. You can still enjoy the game.

It is this mind shift that is difficult for many athletes.

Beckham learned to find pleasure watching his children play sport as well as pursuing other interests.

Take up a new sport or mentor others. Remember why you started sport in the first place. What else can you do that will give you enjoyment?

Not every sports star has the abilities, brand and financial security of David Beckham or tennis star Roger Federer. However, most retiring athletes can benefit from applying the SCOAP principles to their lives at an early stage to ensure their own transition is not a rocky one.

To find out how ready you are for retirement, visit www.careeraftersport.com and complete a short questionnaire.

Contact me to find out about my Career Transition Programme or how I can use the SCOAP approach to help you.

Are you ready for life after sport?

Download this FREE Career Transition Questionnaire and find out where to begin.

Athletes Beware: Avoid the “Superman Syndrome” by Planning for Retirement
Life After Sport: Entering the Workforce